The New Year is almost upon us, and it’s time to decide where you’ll wrap up 2019 and bring in the new decade! From bustling city street parties to chilled-out beach vibes. Check out our list of hotspots in Asia for an unforgettable New Year’s Eve celebration. 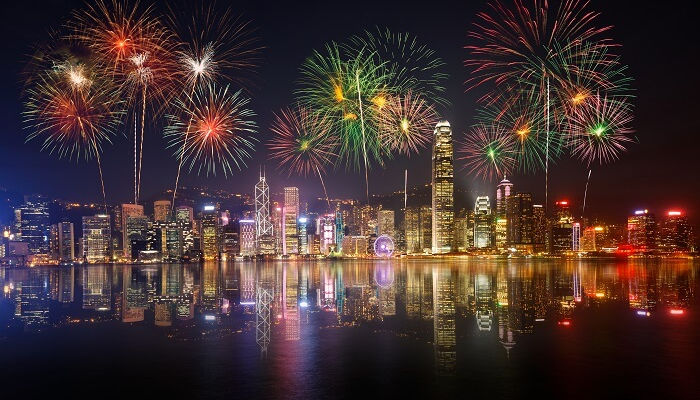 Every year, thousands flock to the city to enjoy the beauty of Hong Kong’s iconic skyline and bask in the spectacular fireworks display that illuminates Victoria Harbour. There’s plenty of spots along the waterfront to set-up camp for the evening, but if you prefer a more exclusive viewpoint from which to admire the display, we would suggest hopping onboard one of the many New Year’s Eve cruises which generally last a few hours and include fully-stocked bars, nibbles, great music, and guarantee the best vantage point in the city to watch the display.
Being home to some of the world’s biggest skyscrapers, Hong Kong isn’t short of rooftop bars and hotels that offer an equally mesmerising view over the harbour. Some of our top picks would be Cafe Gray Deluxe (The Upper House), OZONE Bar and Sevva. 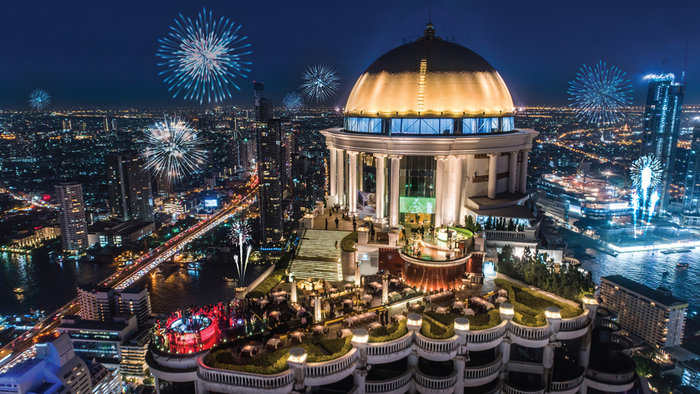 A city where both locals and expats love to party, and they sure make the most of it on New Year’s Eve. Forget worrying about finding a new glamorous outfit or scrambling to find a reservation at top restaurants, Khao San Road doesn’t disappoint if you’re looking for the crowd. Think live music, street dancing and endless fun (probably until the sun comes up!). We’d suggest booking into a luxe hotel so you can recover in style post celebrations.
For a more quintessential way to bring in the New Year, Bangkok has plenty of rooftop parties on offer with breathtaking views and fabulous cocktails. We’d recommend Sky Bar at lebua where you can enjoy a New York inspired ball drop and feast your way into the New Year with a 7-course dinner and plenty of bubbly. 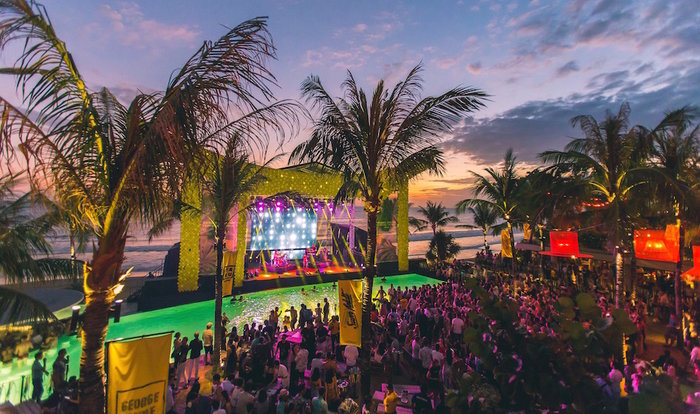 Escape the cold and see in the New Year in tropical style!
With Bali’s wide array of experiences there’s something for everyone, from sunset to sunrise beach blowouts, chilled-out dinners beachfront or glamorous Champagne-popping events, you won’t be short of options.
If you are looking for a high energy party, Seminyak beach’s most sought after beach clubs will all be hosting New Year specials. Desa Potato Head invites you to say cheers to the last sunset of 2019 and stay up for the first sunrise of 2020. An unforgettable New Year’s Eve bash under tropical skies, with both DJ Harvey and Peggy Gou on the bill to ignite the night through to the early hours. Expect big crowds, an even bigger fireworks display, and get ready to bring in 2020 on the right note! Arrive early to witness the glorious sunset and get ready to welcome in the New Year at one of the most iconic parties in Bali.
For a more chilled vibe, Uluwatu’s Sundays Beach Club is holding a beachfront bash. Kick back on the beanbags and take in the aquamarine waters and crystal-clear rock pools. Sink your toes into the sand and enjoy the relaxed vibe and an evening filled with great entertainment including live music, not to mention a magical firework display. 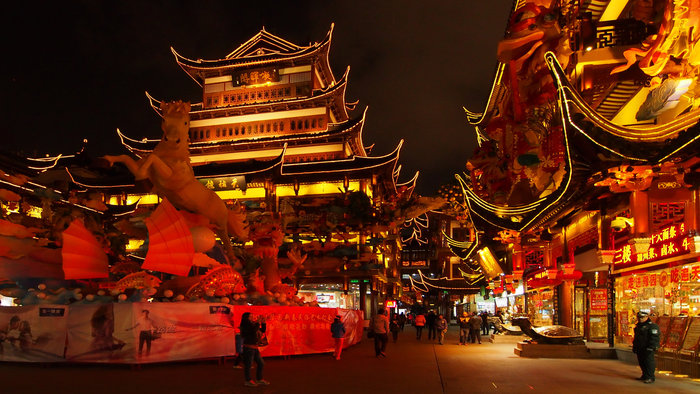 What could be a better venue for ringing in the New Year than Shanghai’s oldest temple?Experience New Year in traditional Chinese style at Longhua Temple, where natives have been flocking to attend the bell-ringing ceremony on New Year’s Eve and Lunar New Year’s Eve since 1988. Unlike other cities, Lonhua Temple offer the first 108 people who make reservations for the event the opportunity to ring the huge bell at midnight. To add to the celebrations there are also Lion Dances and fireworks.
Alternatively, head to one of Shanghai’s luxury hotels and glam it up for NY. The Grand Hyatt’s extravagant New Year’s Eve celebration will keep things going all night long with free flow champagne and canapes.
If you fancy a playful evening we would suggest a night of Karaoke which is known as one of the city’s favorite pastimes, with themed KTV bars on every corner around the city. Hire out your own room and sing your way into the New Year, and with free-flow drinks, rest assured even your shyest friend will grab the mic! 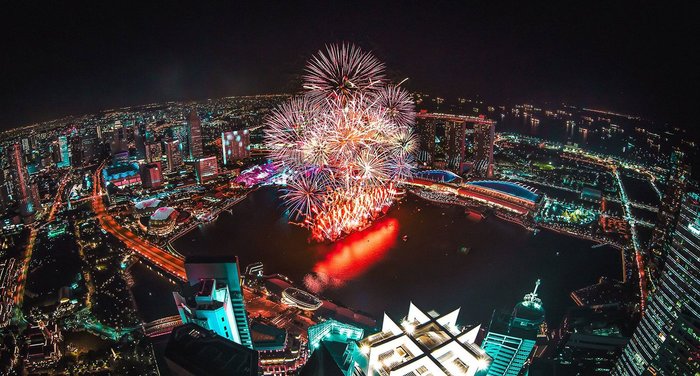 Singapore welcomes New Year’s Eve with a bang and a host of extravagant celebrations and events. There are various parties to choose from hosted at Marina Bay including the Floating Stadium, Esplanade promenade and Merlion Park to name a few. Dazzling fireworks along with the awe-inspiring light and water show with a live orchestra are guaranteed to leave you impressed.
Another sought after event is the Siloso Beach Party which has been going for over a decade every NYE and will see you partying from dusk ‘til dawn with a line-up of top DJ’s.
For the city’s most glamorous evening, head over to the world-famous Marina Bay Sands bar Ce La Vi to ring in the New Year. Come adorned in your swankiest Vegas-chic attire for the countdown to 2020 and dance and drink to your heart’s content. The stunning views of the Marina are just an added bonus, not to mention the front row view of the spectacular fireworks show! 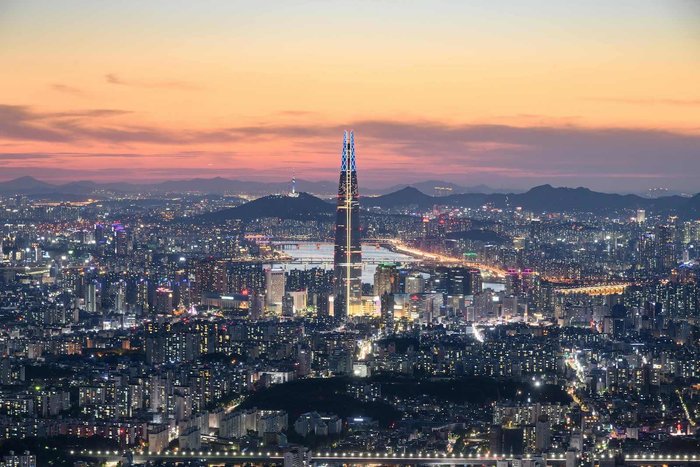 There are several cultural traditions for New Years Eve worth looking out for if you’re in Seoul. Top of the list would be the Bosingak Watch-Night bell ceremony, where local dignitaries and celebrities head to Jongno to literally ring in the new year. The tradition of ringing the landmark bell marks the end of a year and simultaneously the beginning of a new one. Each year, 16 people including the mayor of Seoul ring the bell 33 times at midnight. Whilst it might be super touristy and no doubt extremely busy, it’s certainly something to experience at least once. Make a wish for blessings, good health and happiness Seoul style.
Olympic Park is another popular choice for friends and family to gather and enjoy New Years Eve with food, music and entertainment before the midnight fireworks. And the celebrations don’t stop there, many people venture to the East Sea to watch the first sunrise of the year. A time to reflect on the past year and welcome the New Year. 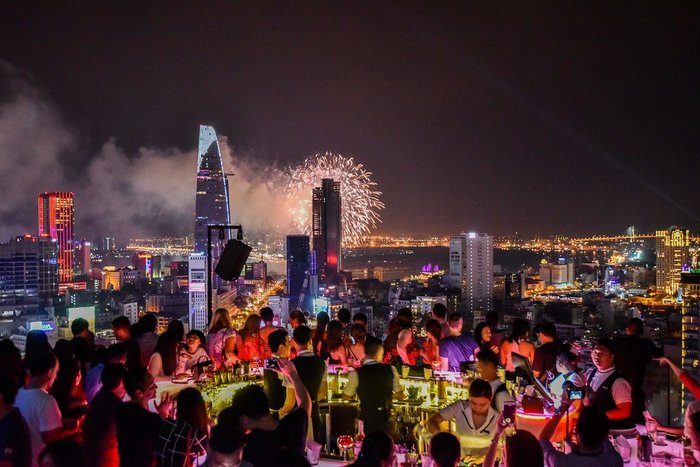 A popular gathering spot is Nguyen Hue walking street. The street is busy with tourists, street shows, mascots, and street-sellers. On New Year’s Eve the street transforms into a night festival with 3D countdown performances on the big screens; a brilliant spot to embrace Saigon’s sparkling celebrations.
If you’d rather avoid the crowds, take a river boat cruise, and enjoy a tranquil night with unique views of the fireworks outside with a cocktail in hand.
Post-cruise, head up to one of the many rooftop bars to dance the night away, sip on some fancy cocktails and take in the city lights and great atmosphere. Top pick: Chill Skybar located in AB Tower (a popular choice, so get booking). 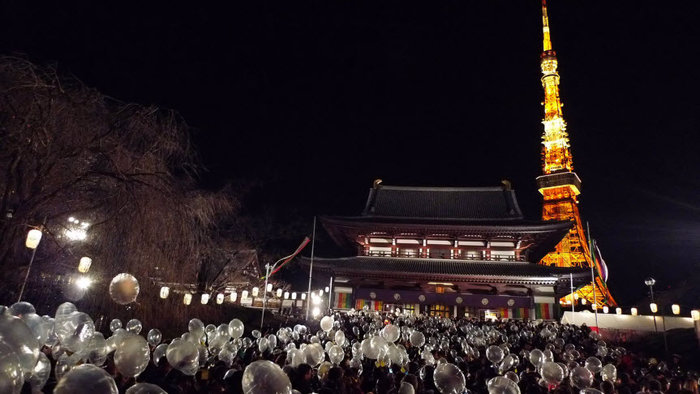 The culture surrounding New Year’s is probably vastly different in Japan from what most are used to. Whilst fireworks and countdown parties can be found, traditionally New Year’s is a family festival and most locals will head back to their hometown to visit family and indulge in festive feasts.
Experience true Japanese culture and celebrate New Year’s by visiting a temple – a popular tradition referred to as “Hatsumode”. It might not be the loud firework bangs you’re used to, but once the bell rings 108 times at midnight it certainly creates a unique atmosphere. It’s also tradition to watch the first sunrise of the new year and with its many skyscrapers and observation decks, Tokyo is the perfect place to do just that!
If you’re looking for a more traditional NYE, Yokohama’s New Year’s countdown, which takes place at the port is a great spot. Although it’s not necessarily a place for fireworks at midnight, there is a special light show which takes place at Minato Mirai as well as various countdown cruises around the bay. 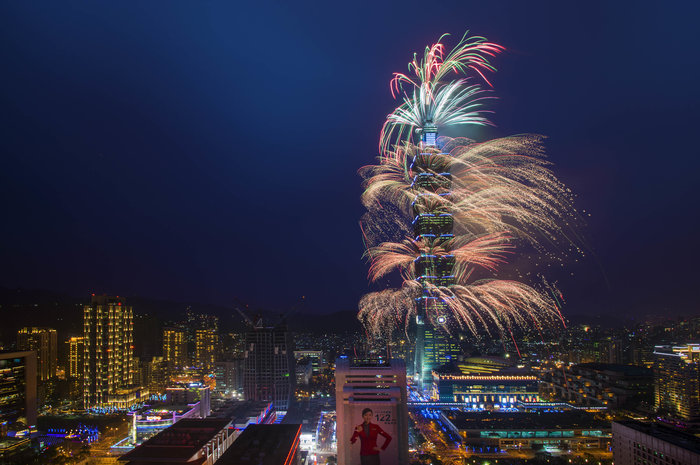 Get your hiking boots on and head up Elephant Mountain to experience Taipei’s sunset over the city and its well-known Taipei 101. This also makes for a pretty perfect viewing point for the fireworks! With it being a popular choice, we would recommend getting up there early for the best spots. As midnight starts drawing in, Taipei’s 101 building lights up floor by floor from the bottom up for the New Year’s countdown, making it the biggest New Year’s Eve countdown clock in the world. Countdown completed, and fireworks are immediately set off.
Want to give the hike a miss? Pop over to the square in front of the government offices where you can enjoy live entertainment from popular entertainers and famous pop singers. 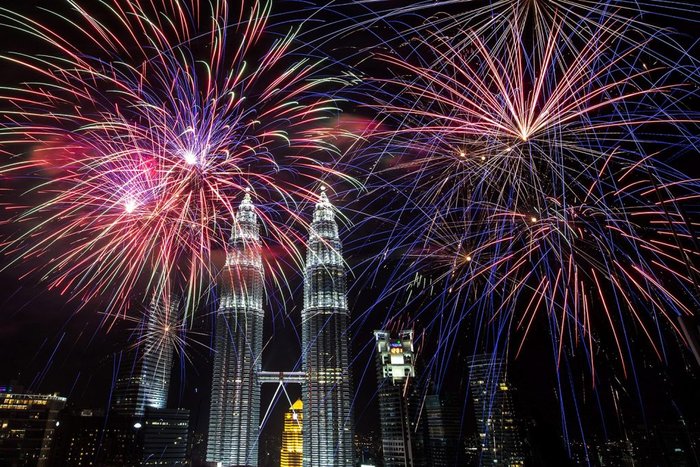 Right by the iconic Twin Towers, the NYE celebration in KLCC Park is easily one of the biggest and most anticipated parties around. An enormous 50 acre public park with live music and entertainment, and of course the perfect spot to get the best view of the famous fireworks display with the stunning Petronas Towers as the back-drop. It might be a pretty big park, but don’t underestimate how quickly it fills up in anticipation for the display. Get there early to guarantee an ‘insta-worthy’ spot!
For the party-goers, venture to Changkat Bukit Bintang, where you can dance the night away. This is where you’ll find the best bars, clubs and restaurants, not to mention the great atmosphere. It’s well-known for its street parties, so expect big crowds.